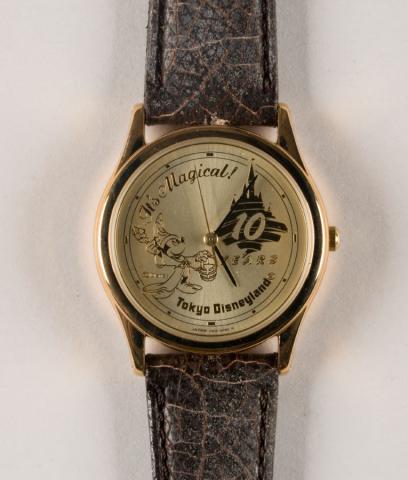 A commemorative wrist watch from Tokyo Disneyland's 10th anniversary. Featuring sorcerer Mickey and the 10th year anniversary logo on a gold face which reads "It's Magical!", the watch was exclusive to the Tokyo theme park. Tokyo Disneyland celebrated its anniversary between April 15, 1993 and April 14th, 1994 and the watches availability was limited to this time as well. Measuring 9" long with a 1.25" diameter face, the watch is in good condition with the band dried out and cracking from age.