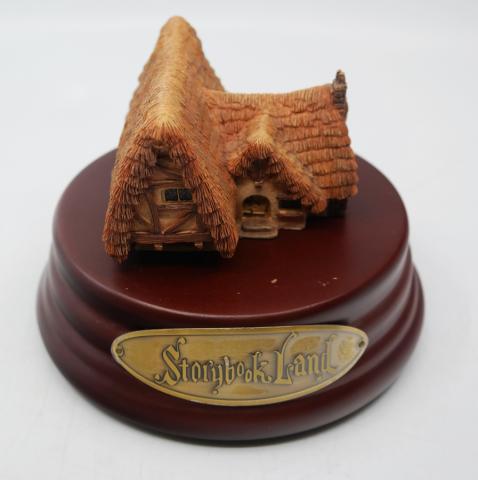 An original production cel and background setup from the UPA Studios animated film When Magoo Flew (1954). Featuring a flight attendant and passenger , the setup was created at the studio and used during the animation process. The piece is an actual frame of animation that was photographed and appears in the cartoon (as seen in the screen grab from the film which is shown for reference purposes). Measuring 14"x17" with a mat opening of 7.5"x10.25" overall, and with the image area measuring 4.5"x5", the setup is in fair condition with notable paint loss and paint lifting occurring, which is common for artwork from UPA Studios.