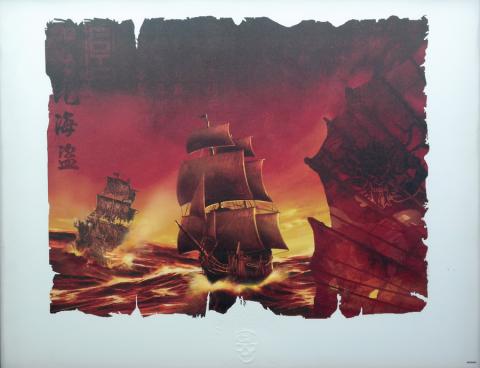 A limited release lithograph released at the Disneyland Theme Park in the mid 2000's, around the time of the theatrical release of Pirates of the Caribbean: At World's End. The lithographic print on archival paper features an image of the ships from the films. It was created by Disney Design Group artists in Orlando, FL. The overall measurements of the piece are 14"x17" framed with a mat opening of 10.5"x13.5", and the image itself measuring 8" x 10.25". There is an embossed Pirates logo just below the center of the image. The print is in very good condition unexamined out of frame.