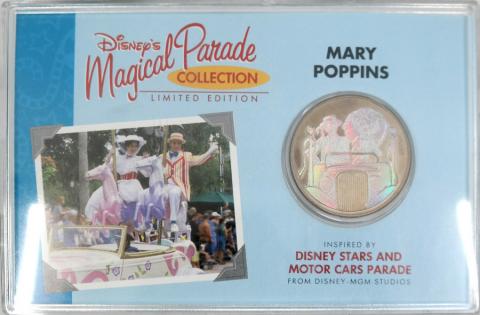 A limited edition medallion from Disney's Magical Parade Collection. The series was inspired by the Disney Cars and Motor Cars Parade at Disney MGM Studios with this medallion highlighting Mary Poppins' parade car. Produced in a limited edition of only 2500 pieces, this medallion is number 267. The medallion measures about 1.5" in diameter inside of its original plastic case, which measures 4"x6" and is in fine condition.