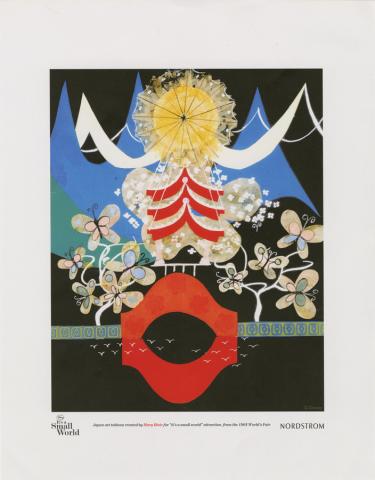 A commemorative print released in 2011 by Nordstrom in conjunction with Disney to celebrate the 45th anniversary of Disneyland's It's a Small World attraction. The image features the Japan art Tableau concept that was originally created by Mary Blair for the ride's introduction at the 1964 World's Fair. Measuring 14"x11" overall, and with an image measuring 10"x8", the print is in very good condition.