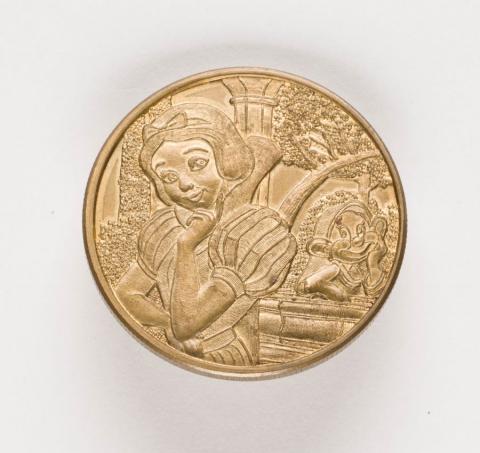 A commemorative medallion released during the 45th anniversary festivities of Disneyland in 2000. The event was marketed with various prints, pins, and coins as part of their character of the month program. The Snow White inspired medallion depicts Snow and Dopey on one side with the reverse adorned with the park's "Disneyland 45 Years of Magic" logo. Measuring 1.5"x1.5", the souvenir medallion is in fine condition.