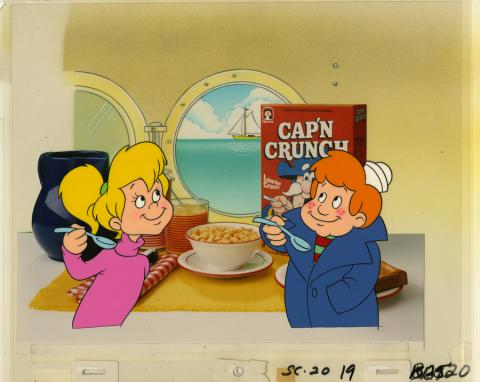 An original production cel and background setup from a 1985 Duck Soup Studios animated Cap'n Crunch Commercial. Featuring the boy and girl who enjoy the cereal and fight the Soggies, the setup was created at the studio and used during the animation process. The piece is an actual frame of animation that was photographed and appears in the commercial. Measuring 9.5"x13" overall, and with an image measuring 7.25"x11", the setup is in very good condition with minor line wear, most noticeably on the boy character's eye.