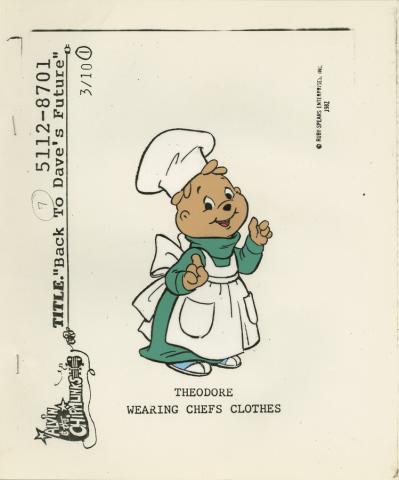 An original model cel from the Bagdasarian Studios / Ruby Spears animated television series Alvin and the Chipmunks (1983-1990). Featuring Theodore, the hand-painted cel is from the episode 'Dave's Dream Cabin,' and was created at the studio and used during the animation process. The model cel was used as a reference tool by the animators and ink & paint department to ensure character consistency. Measuring 12.5"x10.5" overall, and with the image area measuring 6.5"x4", the model cel is in very good condition and is stapled to the protective sheet.