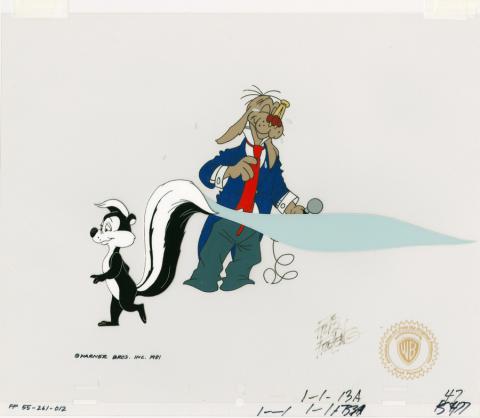 This is an original production cel from the Warner Bros. Studios production "The Looney Looney Bugs Bunny Movie" (1981). This hand-painted three cel setup features an announcer with a clothespin on his nose as Pepe passes by him with the scent of skunk fully apparent. It was created at the studio and used during production, representing an actual frame of animation that was photographed and appears in the cartoon. The overall measurements of the piece are 11" x 12.5" and the image itself measures 6" x 10". The cel has been hand-signed by the film's director, Friz Freleng, and is in very good condition with fading to the signature.