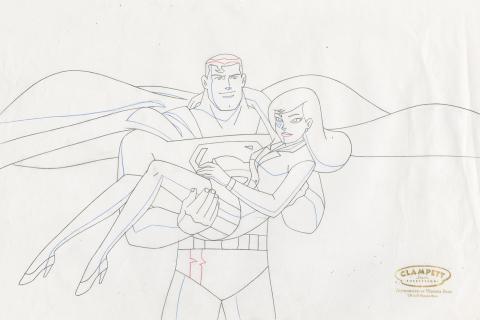 This is an original Production Drawing from the Warner Bros. Studios production Justice League United (2004-2006). This Production Drawing features Superman and Lois Lane and was created at the studio and used during the production of the film. The overall measurements of the piece are 10" x 14" and the image itself measures 8" x 10".