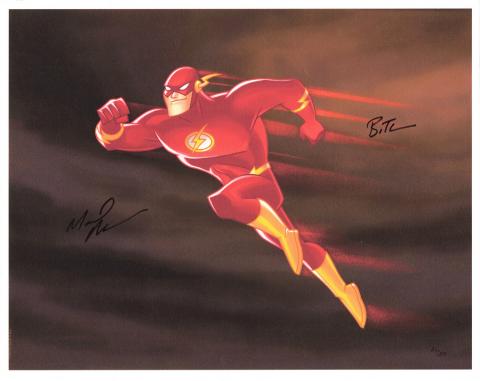 A limited edition giclee on paper based on the Warner Bros. Studios animated series Justice League (2001-2004). The print is from an edition of 50, was created in 2003, and features the Flash. It has been hand-signed by artist and series' creator Bruce Timm, and Michael Rosenbaum, the character's voice actor. Measuring 11"x14" overall with the image area measuring 10.5"x13.5", the print is in fine condition.