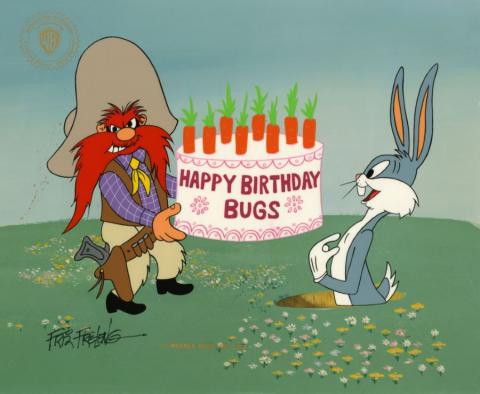 A hand-painted limited edition cel titled Happy Birthday Bugs released by Warner Bros. Studio Stores in 1990. The character image on the cel features Yosemite Sam giving Bugs a birthday cake with carrots instead of candles. The cel is hand-signed by Friz Freleng, released in a numbered edition of only 750 pieces, and is paired with a photographic background. Measuring 10.25"x12.25", with the character image measuring 7"x10", the limited edition is in fine condition with a very small bit of paint stuck to the background.