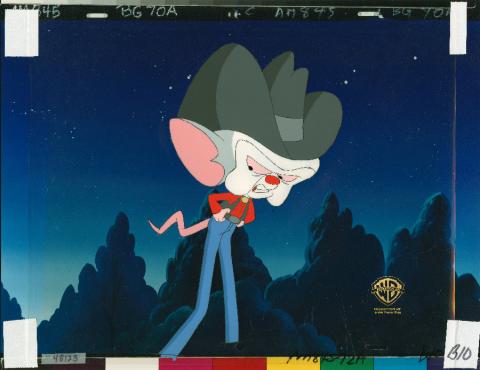 This is an original production cel from the Warner Bros. Studios production Pinky and the Brain (1996—1998). This cel is from the episode "Bubba Bo Bob Brain" which initially aired as a segment on Animaniacs. The cel features Brain in a country music singer disguise and was created at the studio and used during the production of the show. The overall measurements of the piece are 10.5" x 12.5" with the image itself measures 9.5" x 6" and is paired with a photo printed color reproduction background. The cel is in very condition and originally was released through the WB Studios art program.