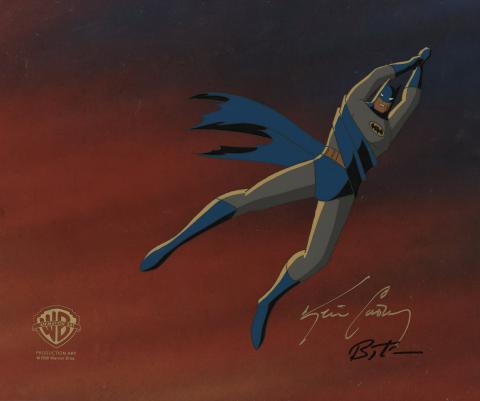 This is an original Production Cel from the Warner Bros. Studios production of the Batman animated film, Batman & Mr. Freeze: SubZero. This Production Cel features Batman and was created at the studio and used during the production of the film. The overall measurements of the piece are 9" x 10.5" and the image itself measures 7" x 6". This cel is hand-signed by Bruce Tim and Kevin Conroy.