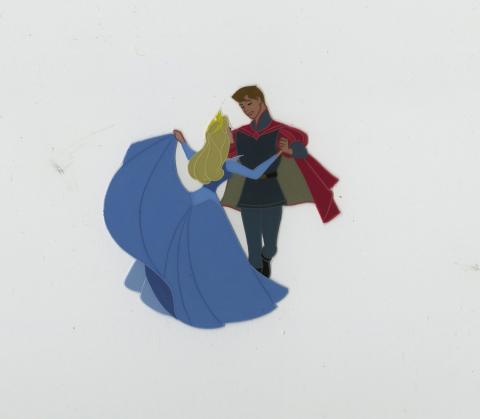 This is an original production cel from the Walt Disney Studios animated feature Sleeping Beauty (1959). This hand-painted cel features the Princess Aurora and Prince Phillip dancing together, and was created at the studio and used during the production of the classic film, representing a singular frame of animation that was photographed and appearing in cartoon. The measurements of the image itself are 2.5" x 2.5".The cel is in very good condition and it has been trimmed to image and applied to a new cel.