When Knighthood was in Flower Preliminary Background - ID: jandisney22104 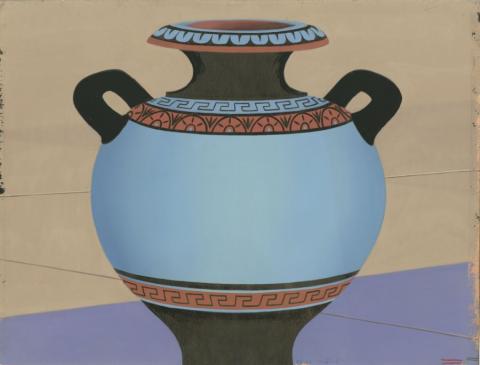 A preliminary background from the Walt Disney Studios television special When Knighthood Was in Flower (1956). Featuring an image of a large and very beautiful Greek inspired vase, the hand-painted background was created at the studio and used during the production process. The two part television special was based on a novel of the same name by Charles Major, it was adapted for the screen by Lawrence Edward Watkin. Measuring 11.5"x15.25" overall, the background is in very good condition.