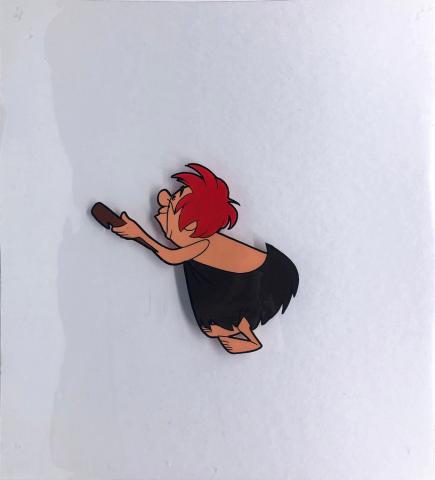 An original production cel from the Walt Disney Studios television series The Mickey Mouse Club. Featuring the caveman character from the "I'm No Fool" (1955-1956) educational serial segment, this cel was created at the studio during the animation of the I'm No Fool With Fire short. The piece is an actual frame of animation that was photographed and appears in the cartoon. The trimmed cel measures 8"x8.75" overall, with an image area of 4"x3.5", and is in very good condition with pin holes in the corners and very light rippling.