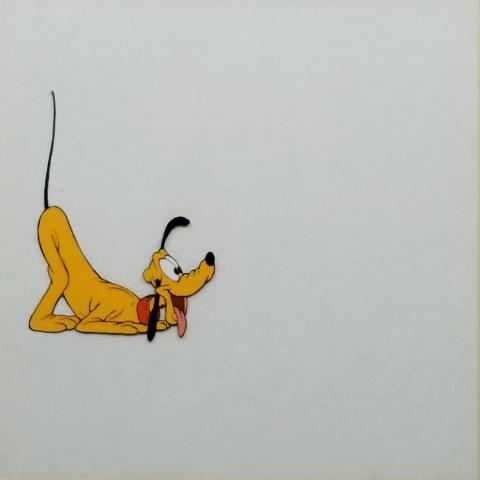 This is an original production cel from a 1980s Walt Disney Studios production featuring Pluto. The hand-painted cel features an excited Pluto. It was created at the studio and used during production, representing an actual frame of animation that was photographed and appears in the cartoon. The overall measurements of the piece are 10.25" x 10.25" matted with a mat opening of 6.25" x 6.25" and the image itself measuring 3.25" x 2.5". The production cel is in very good condition although the cel has been trimmed.