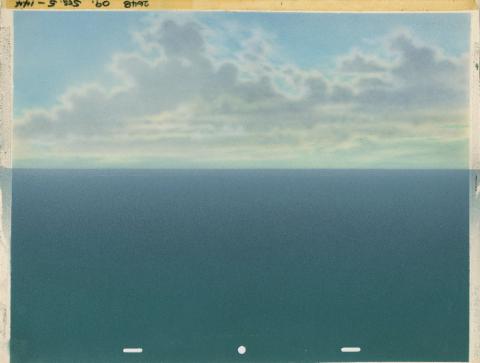 This is an original production background from the Walt Disney Studios production of a wartime film for the Navy called Fixed Gunnery and Fighter Tactics: aka Jacksonville Project (1943). This hand-painted production background features a cloudy skyline over an ocean horizon line. It was created at the studio and used during production. The overall measurements of the slightly trimmed piece are 11.5" x 15.5" and the image measures 11.25" x 14.5". The production background is in very good condition.