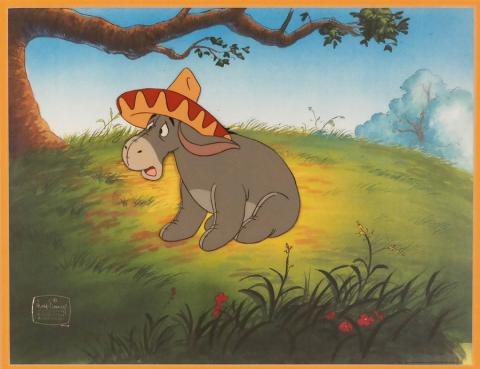 This is an original production cel from the Walt Disney Studios television production The New Adventures of Winnie the Pooh (1998–1991). This production cel is from the episode "Monkey See, Monkey Do Better" and features Eeyore wearing a sombrero. It was created at the studio and used during production, representing an actual frame of animation that was photographed and appears in the cartoon. The overall measurements of the piece are 15" x 19" framed with the mat opening measuring 9" x 12" and the image itself measures 4.5" x 4.5". The production cel is in very good condition.