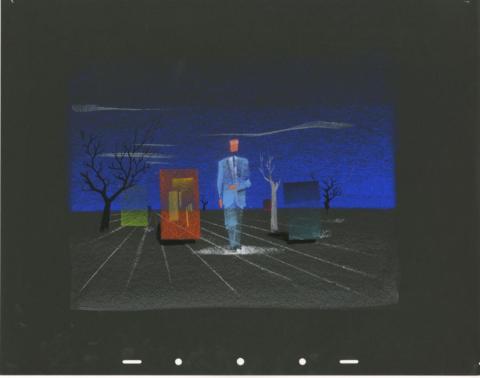 A unknown Walt Disney Studios development concept from the 1950s or 1960s. Featuring a mid-century modern style illustration of an angular man in a suit surrounded by trees and colored rectangles. The piece would have been used by animators during the production process to develop the general look and feel of a scene. Measuring 12.5"x15.5" overall and with the character image measuring 8.25"x10.5", the concept art is in very good condition.