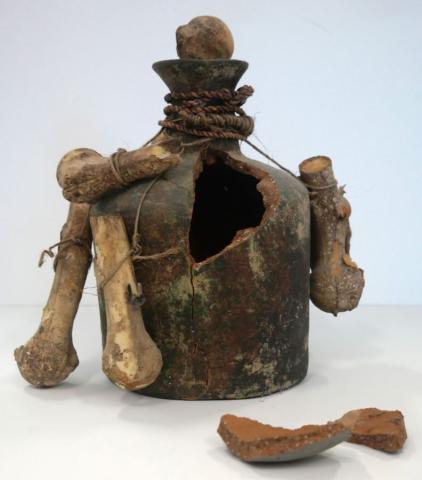 A film prop from the Walt Disney Studios live action feature Pirates of the Caribbean: Dead Man's Chest (2006). The prop likely appeared in the background of either Cannibal Island or Tia Dalma's set decoration. The jug is made to replicate an ancient artifact and is constructed of a delicate plaster style ceramic and decorated with bones and a stopper composed of painted styrofoam. The container measures 6.5” in diameter and approximately 12” tall. The jug is in good condition with a couple elements that are broken away from the main structure, possibly as an intentional design choice during production