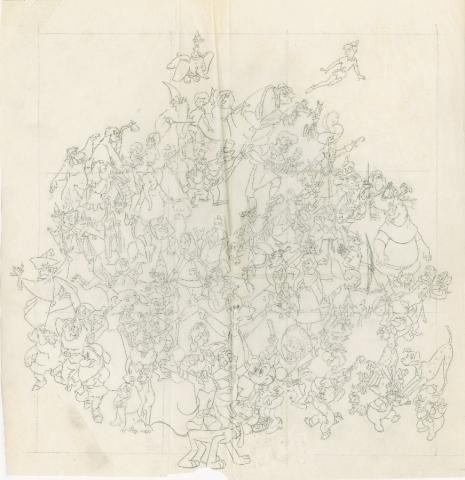 This is an original development drawing that was likely created for a merchandise project. The drawing appears to be a design created for the 50th anniversary celebration of Walt Disney Studios in 1973. At that time, Disney Legend Bill Justice created an image that features the majority of the main characters from the Walt Disney Studios feature films. This drawing actually features most of, if not all of, the same characters in identical poses. It's possible this was a preliminary design to utilize the original Justice design in a different layout. The overall measurements of the piece are 17" x 16.5" and the image itself measures 15" x 15". The drawing is in good condition with creases, handling wear, and a tear on bottom.