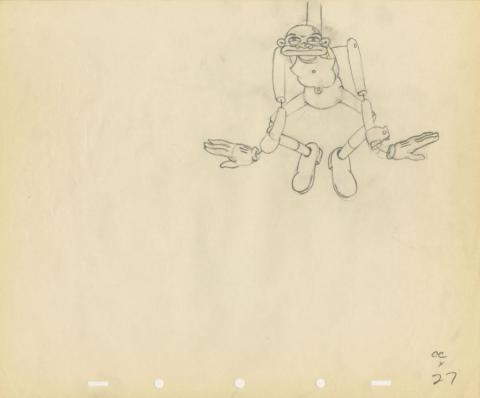 An original production drawing from the Walt Disney Studios animated short film Broken Toys (1935). Featuring a parody of the 1930s comedian and actor Lincoln Theodore Monroe Andrew Perry, also known as Stepin Fetchit, the drawing was created at the studio and used during the animation process. Measuring 10"x12" overall and with the character image measuring 5"x6", the drawing is in very good condition with light handling wear. The color photo shown is a reference to the moment in the film that this drawing was used to create and is not included with the piece.