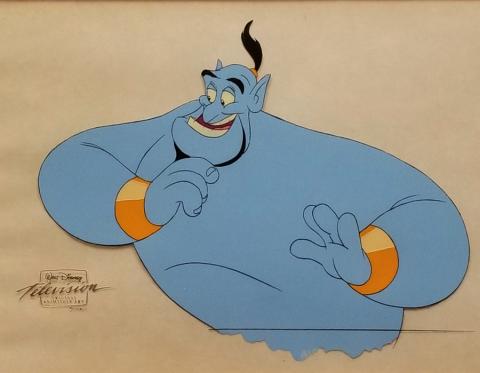 This is an original production cel from the Walt Disney Studios production of the Aladdin TV Series (1994-1995). This cel features a fantastic image of the Genie, and was created at the studio and used during the production of an episode in the series. The overall measurements of the piece are 14.25" x 17.5" framed with a 7" x 10.5" mat opening and the image itself measures 6" x 8". The feature film did not use hand-painted cels, so you can only find screen filmed cels of Aladdin characters from the TV series, like this one, which is in excellent condition.