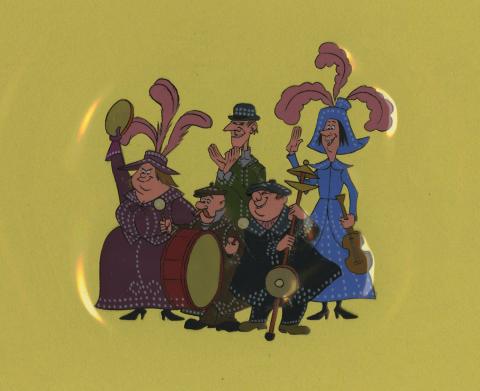 This is an original production cel from the Walt Disney Studios production of Mary Poppins (1964). This production cel features the Peraly Band and was created at the studio and used during the production of the film. The overall measurements of the piece are 7.5" x 10" and the image itself measures 4.5" x 5". This piece was originally prepared for sale at the Disneyland artcorner, which is why it is trimmed, but it is in great condition.