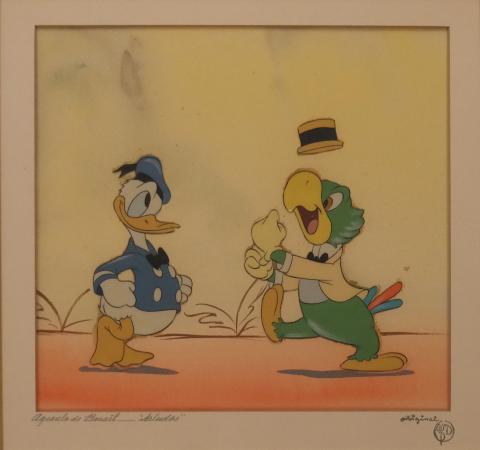 This is an original production cel from the Walt Disney Studios production Saludos Amigos (1942). This production cel features Donald Duck and Jose Carioca and was created at the studio and used during the production of the film. The overall measurements of the piece are 17" x 17" framed and the image itself measures 7" x 7.5". This set-up was originally prepared by the Walt Disney Studios for the Courvoisier Galleries. The characters are trimmed to image with Donald measuring 4" x 2" and Jose measuring 4.5" x 3".