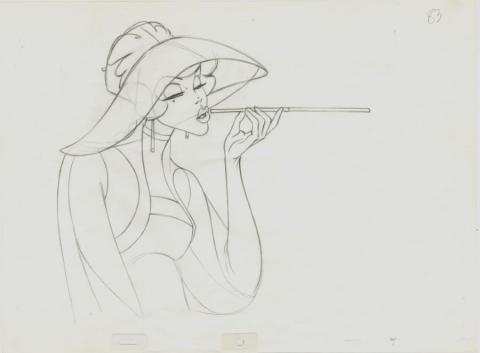 An original production drawing from an early test scene of the Walt Disney Studios production of Atlantis: The Lost Empire (2001). Featuring an initial design for femme fatale Helga, the drawing was created at the studio and used during the early development of the film. Measuring 12.5" x 17" overall with the image measuring 10.5" x 11", the drawing is in very good condition with minor edge discoloration.