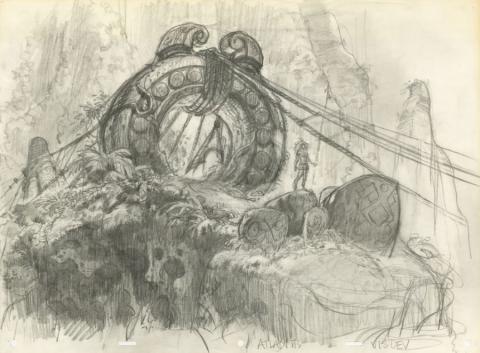 An original concept drawing from the Walt Disney Studios animated film Atlantis: The Lost Empire (2001). The drawing features an early design of a scene containing an apparent Atlantisian gateway with symbols, along with a man keeping guard. The drawing was created during the development of the film and was instrumental in bringing the film to its finished form. Measuring 12.5"x17", with the image area filling the page, the drawing is in fine condition with light edge wear and pinholes in the corner from studio use.