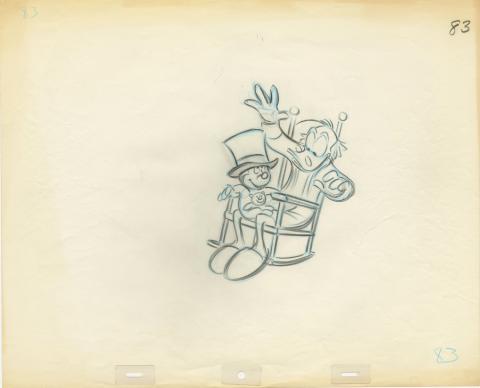 This is an original production drawing from the Walt Disney Studios production Mickey's Christmas Carol (1983). This drawing comes from the ending scene of the film, and features Scrooge McDuck as Ebenezer Scrooge putting his hat on Tiny Tim. This scene was drawn by the great Disney animator Glen Keane, and was created at the studio and used to produce the cel that would appear in the final film. The overall measurements of the piece are 12.5" x 15.5" and the image itself measures 6.25" x 4.25". The drawing is in very good condition.