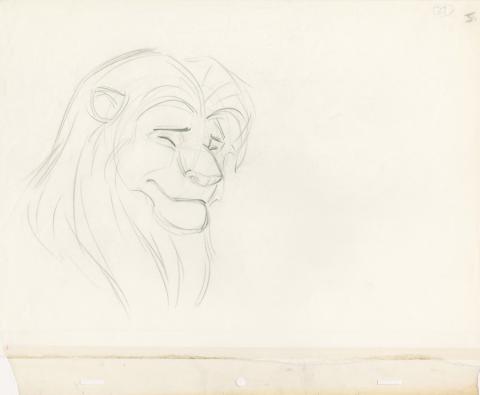 This is an original rough character study production drawing from the Walt Disney Studios production of The Lion King (1994). This character study features adult Simba and was created at the studio by animator Mike Cedeno and used during the production of the film. The overall measurements of the piece are 10.5" x 12.5" and the image itself measures 7.5" x 6.5". This drawing was created by Disney animator Mike Cedeno and it is in very condition with the peg hole strip trimmed and reattached to the sheet to adjust the character's placement in the animation of the scene and a small tear on the bottom left corner.