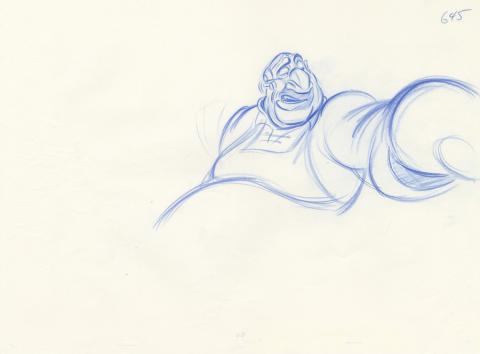 An original production drawing from the Walt Disney Studios animated film Treasure Planet (2002). Featuring John Silver, the drawing was created at the studio by Disney Legend GLen Keane and used during the animation process. John Silver's animation is treated as a ground breaking point in animation with the incorporation of Silver's CG arm with Glen Keane's character animation. The overall measurements of the piece are 12.5"x17" and the image itself measures 7"x12". The production drawing is in very good condition with very light page wrinkling.