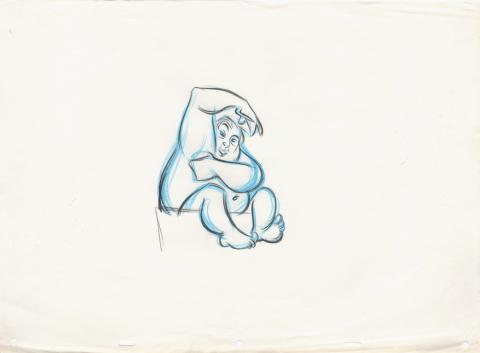 An original animator's gag drawing created during the filming of the Walt Disney Studios animated film Mulan (1998). Featuring a man bathing, the drawing was created by an animator having some fun while working on the film. Measuring 12.5"x17" overall, and with the image area measuring 5.5"x4.5", the drawing is in very good condition with light edge wear. It is possible this was a loose idea for a gag with one of Mulan's ancestors that was not worked into the film.