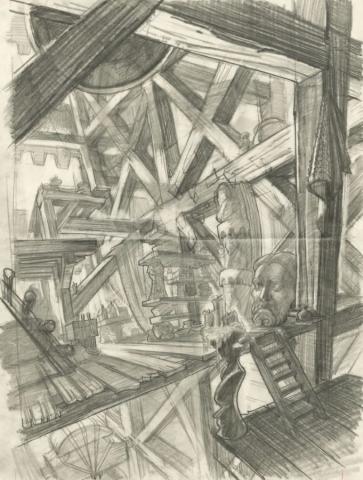 A rare original concept drawing from the Walt Disney Studios animated film The Hunchback of Notre Dame (1996). The highly detailed layout drawing was created by David Goetz during the development of the film and features the cluttered bell tower where Quasimodo lives. The artist's vision and creation of the image captures the isolation and desperation of the character. Measuring 25"x19", and with the image area filling the entire page, the drawing is in fine condition, although it was folded twice for storage purposes.