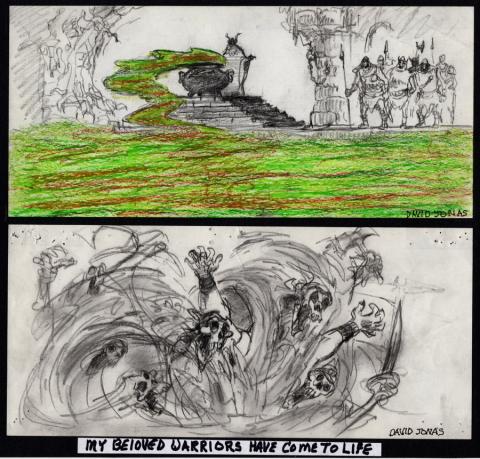 An original storyboard drawing from the Walt Disney Studios animated film The Black Cauldron (1985). Featuring the green fog from the cauldron wafting over the dead, the storyboard drawing was created at the studio by David Jonas and used during the development of the film's story. The storyboard features (2) panels, each measuring 5"x11, that are attached to an 11"x14" backing board. The drawing is in fine condition with pinholes in the storyboards from studio use.