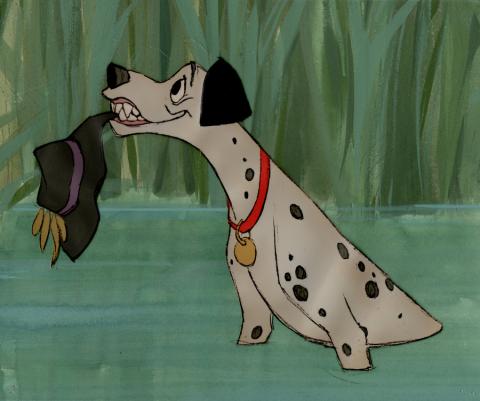 An original preliminary background and production cel setup from the Walt Disney Studios animated film 101 Dalmatians (1961). Featuring Pongo in the pond with Anita's hat in his mouth, the hand-painted cel was created at the studio and used during the animation process. The cel is an actual frame of animation that was photographed and appears in the move. We have paired the 7"x8.25" trimmed cel with a 12.5"x15.5" preliminary background of the pond that is from the same sequence in the film. The setup is in fine condition.