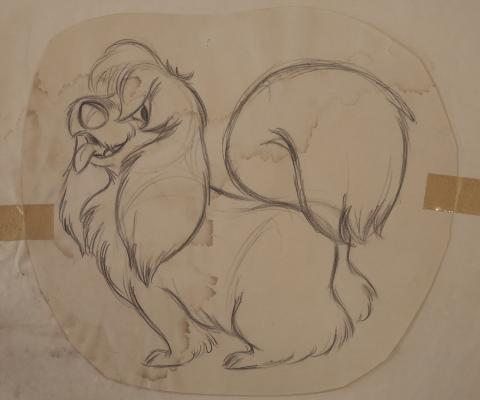 This is an original Eric Larson production drawing from the Walt Disney Studios production Lady and the Tramp (1955). This production drawing features Peg and was created at the studio and used during the production of the film. This drawing of Peg was created by Eric Larson, one of the "Nine Old Men" of Disney Studios, and the character's design is beloved for Larson's ability to humanize the dog and capture the characteristics of Peggy Lee. The overall measurements of the piece are 12.5" x 15.5" and the image itself measures 7" x 7.5".