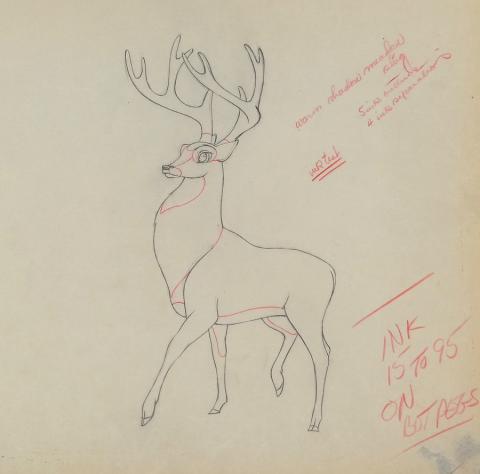 An original production drawing from the Walt Disney Studios animated film Bambi (1942). Featuring Bambi's father, The Great Prince of the Forest, this production drawing was created at the studio and used during the animation process. Measuring 13"x15.5" overall and with an image measuring 8.5"x4", the production drawing is in good condition with tears and wrinkling along the bottom edge. There is an additional peg strip that was attached to the top edge of the paper in studio in order to adjust the animation.