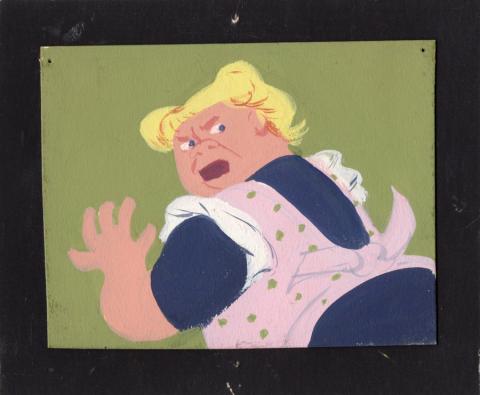 An original character color key concept that we believe is from the UPA Studios animated film Pete Hothead (1952). The painting was created at the studio and used during the developmental stages of the film. Measuring 3.75"x4.5" overall, and with the image area measuring 2.75"x3.5", the concept painting is in very good condition with pin holes around the borders from studio use.