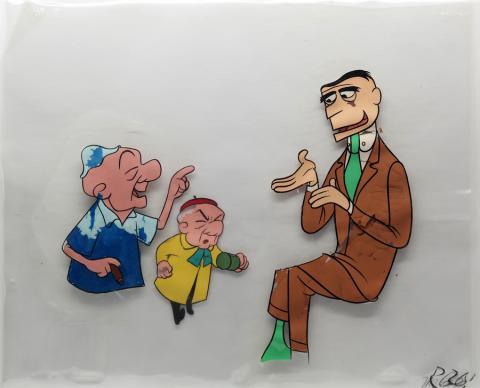 This is an original production cel set-up from the UPA Studios production of a 1950s Mr. Magoo cartoon. This production cel features two Mr. Magoo images and a businessman, and was created at the studio and used during the production of an episode in the series. The overall measurements of the piece are 10.25" x 12.5" and the image itself measures 7.5" x 9". The cels are in fair condition with some paint damage including lifting and separation throughout the entire image.