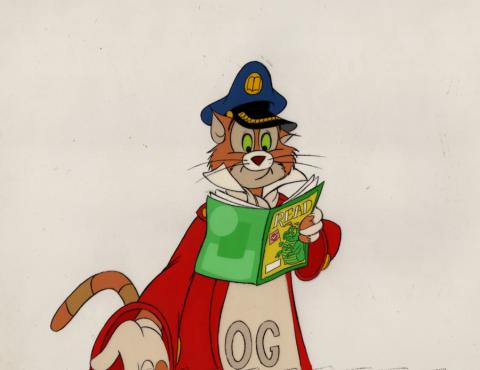 An original production cel and matching production drawing from the Rick Reinert Studios produced television series ABC Weekend Special, featuring Cap'n O.G. Readmore (1985-1992). Featuring the eponymous cat, Cap'n O.G. Readmore, the hand--painted cel was created at the studio and used during the production. The cel is an actual frame of animation that was photographed and appears in an episode. Measuring 10.5" x 12.5" overall with the image itself measuring 7.5" x 7.5", the cel is in very good condition.