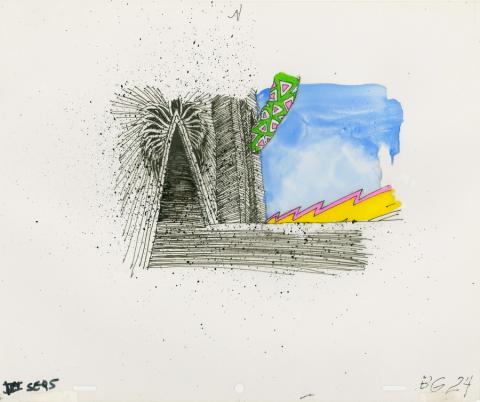 This is an original production background from the Murakami Wolf Studios production The Point (1971). The image features the entryway into the King's castle, where the Count brings his son back inside after Oblio humiliates him upon returning to the town. It was created at the studio and used during production, representing an actual frame of animation that was photographed and appears during this scene in the film. The overall measurements of the piece are 10.5" x 12.5" and the image itself measures 7.5" x 5". The production background is in very good condition with light line wear.