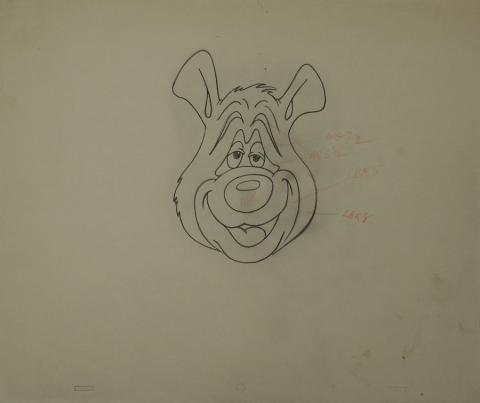 An original model drawing from a 1940s MGM Studios animated Barney Bear short. Featuring a large close up of Barney Bear's face similar to the one used on his title screen, the model drawing was created at the studio and used during the animation process. The piece denotes the color call-outs for Barne's image, and was used as reference for the ink and paint department. Measuring 10.5"x12.5" overall, and with an image measuring 5.5"x4", the model drawing is in very good condition with some smudging and discoloration from use.