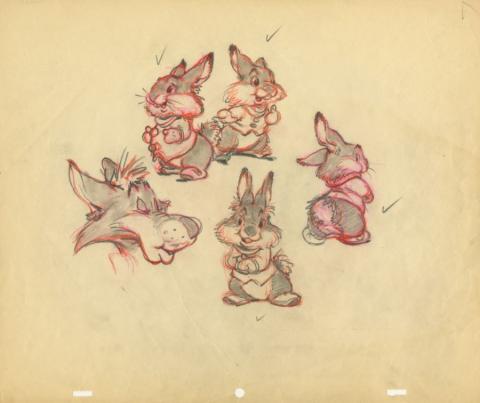 A development drawing from the MGM Studios animated film The Hungry Wolf (1942). Featuring Lili the rabbit and the titular wolf in various positions, the graphite drawing was created at the studio and used during the animation process. The development drawing was used to create the initial designs of the main two characters before their standards were finalized. Measuring 10.5"x12.5" overall with the character image measuring 6.75"x8", the drawing is in very good condition with discoloration and minor edge wear from age, including small tears along lower edge and some wrinkling throughout.