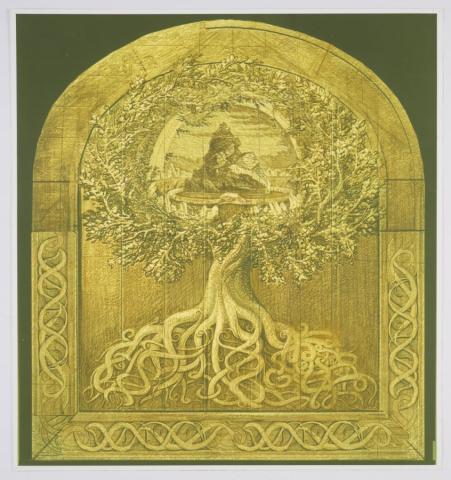 A production used concept art print from the Marvel Studios feature film Captain America: The First Avenger (2011). Featuring Yggdrasil, also known as the Asgardian Tree of the World ( with each branch representing one of the nine realms), the print was produced at the Marvel Studios and used during the development of the film. The piece was originally sold by the studio during an auction of props and artwork from Captain America that was held in 2012. Measuring 21.25"x19.75" overall with the image area measuring 20.75"x19.25", the print is in fine condition with pin holes in the corners and minor edge wear from studio use and storage, mounted to a reinforced paper backing.