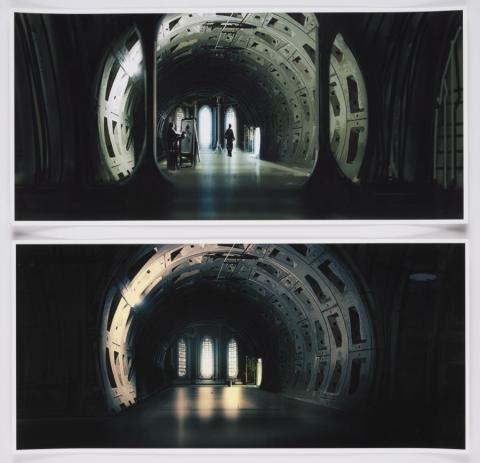 A pair of production used concept art prints from the Marvel Studios feature film Captain America: The First Avenger (2011). Featuring an ominous tunnel from within the Hydra compound, the prints were produced at the Marvel Studios and used during the development of the film. The pieces were originally sold by the studio during an auction of props and artwork from Captain America that was held in 2012. Measuring 9"x18.75" overall, with the image area measuring 8.5"x18.25", the prints are in fine condition with minor edge wear from studio use and storage.