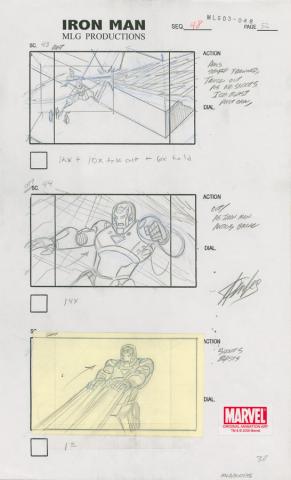 An original storyboard drawing from the Marvel Studios animated film The Invincible Iron Man (2007). Featuring Iron Man and Mandarin battling each other, the three-panel drawing was created at the studio and used during the animation process. The drawing is also hand-signed by comic book legend Stan Lee. Measuring 14"x8.5" overall, and with three images that each measure 2.75"x4.75", the storyboard drawing is in very good condition.