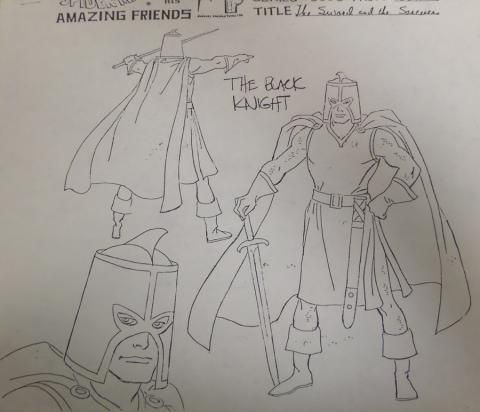 An original xerox model sheet from the Marvel Studios animated series Spider-Man and his Amazing Friends (1981-1983). Featuring The Black Knight, the xerox model sheet was created at the studio and used during the animation process. The piece was used by animators to ensure consistent character design for the episode Knights and Demons. Measuring 10.5"x12.5" overall, and with an image measuring 9.5"x11.75", the xerox model sheet is in good condition.