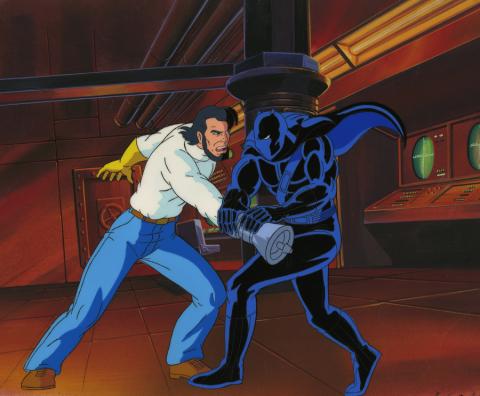 This is an original production cel and background setup from the Marvel Studios production of The Fantastic Four (1994-1996). This setup features a rare image of Black Panther, who only appeared in the 1994 Fantastic Four episode, Prey of the Black Panther,. The cel was created at the studio and used during the production of the episode and is paired with a hand-painted production background that is also from the series. The overall measurements of the setup are 10.5" x 14" and the main image area measures about 9" x 11.5". The cel and background are in excellent condition with minor wear to the edgees of the background from handling during production and storage.