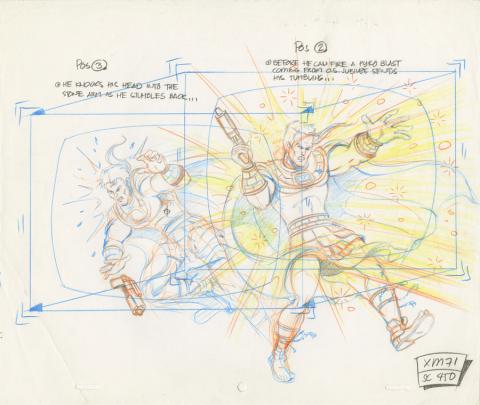 An original production layout drawing from the Marvel Studios animated television series X-Men (1992-1997). Featuring an action-packed image of Fabian Cortez getting hit, the drawing was created at the studio and used for the episode "The Fifth Horseman." Measuring 10.5"x12.5" overall, and with the image area measuring 8"x11", the production drawing is in very good condition with edge wear including a fold on the bottom left corner and staple holes along the top edge.

The artwork was published in the book "X-Men: the Art and Making of the Animated Series" and appears on page 245.